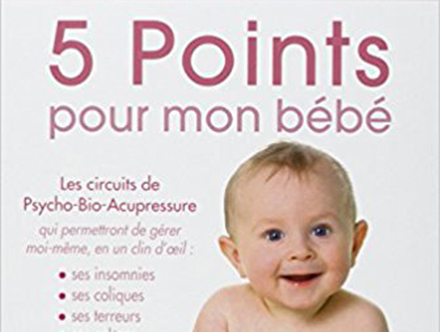 5 POINTS FOR MY BABY

“I would like to start by telling you the story of Julie…..Because it is so typical, so eloquent, it evokes so many recurring situations, that it alone condenses most of the situations that we will discover in this book.

Since her birth Julie does not sleep…she is 8 months old. She has colic, which nothing seems to overcome. At night, she obstinately refuses to allow herself to sleep, she can be seen resisting energetically against sleeping, her fists tense, a furious look on her face. She cries, she screams, as soon as we want to leave her alone, she wants to be held, we end up picking her up again, she calms down, but as soon as we lie her down in her basinet she starts to scream again, and it continues like this until 11pm, midnight…When at last she drifts off into an agitated sleep, it only lasts a couple of hours…and then she cries again (…)she wakes up the whole household and wants again to be held…her face expresses all at once, anger, fear, despair…and sometimes pain, because we can see, by the way she squirms, that she has, as well, abdominal pains, the well known baby colic that spoils the life of so many babies.

This description of a little girl who suffers and fights continuously would evoke pity if it wasn’t so exhausting. Because the whole family is drained, the couple are close to separation. They need to take it in turns to hold Julie night after night, and finally, love, patience and understanding become theoretical notions. Especially since, the next day they have a long drive, they must go to work, there is the creche, there are the household chores….

Nothing works. We have tried to let her cry, thinking that finally she will get to sleep exhausted, and because some good souls – including the pediatrician, have tried to persuade the parents that it is just capriciousness….The cries just get worse, the poor little one becomes more and more red in the face, hazard, perspiring, to the point of being close to convulsion, but sleep, no….(…)

Julie’s parents finally become aware of my existence and come to my clinic, without much belief because up to now nothing has worked. Their whole attitude expresses latitude, doubt and disaray. As well as depression.

And it is evident that this anguish and depression of the parents interferes with the state Julie is in and makes things worse.

My first question was how did the pregnancy evolve and what were the circumstances during the birth….(…) (Dr. Delatte describes how the mother was nervous during her pregnancy, the baby was overdue so had to be brought on, (an emergency cessarian) then had to be in a humidicrib for several days) In fact, I receive this kind of case at least once per week….Julie is simply terrorised. As well, she has a panic to be abandoned. In the womb, she had sensed all the anxiety of her mother (It has been proven recently, that hormones actually have a taste; and that when the mother has fear, and consequently fabricates too much adrenalin, the taste of the amniotic fluid – the liquid that surrounds the baby in the maternal womb – changes. So, vibrationally and physically, the baby shares the fears of the mother, this is a fact that is now proven.)

(…) After a pregnancy and delivery as disturbing as this, baby Julie evidently, could not sleep. We must not forget that a great fear of our distant ancestors was to be attacked during their sleep. That this fear has been imprinted in the primitive part of our brain that we call the reptilian brain, that keeps the memory of humanity since it first began, and is the seat of vital and emotional impulses. And therefore the first reflex, when we are anxious, is to stay awake. In our unconscious, going to sleep is felt like a potential danger, because we lose control of our environment. Don’t we say “fall asleep”?

So Julie (…) has stayed completely disturbed by this fear, by all this insecurity, and under these conditions she cannot sleep, because sleep, is, for her reptilian brain, risking that she will not be able to face an aggression.

Another issue, Julie (…) found herself in a humidicrib: as well as her fear to be aggressed, she has the panic to be abandoned. (…)This explains why she grasps desperately to be held by her parents and she incessantly wants to be carried. (…) And all these fears end up in somatic symptoms in the form of colic which wakes her up if, by any chance, she can finally get to sleep.

An aggravating circumstance: she senses the state of tension the situation has put the parents in. As long as her mother, considering what has happened, cannot manage her baby blues and still feels the effects. Thoughts are energy as we have explained. Julie bathes in an energy of anxiety and depression, without knowing that, evidently, she herself is the cause. It is in fact, a vicious circle: fear creates insomnia and colic, which is aggravated by the parental depression, which in itself maintains her fear.(…)

It is necessary to take away from Julie the energies of anger, of depression- ah yes, at the age of 8 months, we can already feel depressed – and the panic. Then it is necessary to “replace the fuse” and finally to recharge the whole system to positive energy. This takes 5 circuits of PBA, one for each energy that we want to correct: the 10 against anger, the 1 against depression, the 3 against panic, the 6 to “replace the fuse”, the 7 to recharge in positive energy. Next it is necessary, indispensable, to try to erase – I will explain in chapter 5 (page 107) what I mean by this – from Julie, the panic to be in the world, the panic to be aggressed and the panic to be abandoned. Without forgetting to finish by doing circuit 16, that calms the colon and stops the colic. This is what I did immediateley, and this took, in all, only half an hour.

And then since I still had a little time, I asked the mother to lie down and I proceeded to to do on her also, the circuits that calm negative thinking, depression and anguish. Because, if I don’t take care of her, she may recharge Julie negatively.

(I received) a phone call that was joyous and grateful: Julie had perfectly slept. Her parents, finally, for the first time in 8 months, had experienced a recuperative normal night. (…) In truth it is that simple, on condition that you have good common sense, that you understand what has happened and that you know which protocol of PBA to apply to resolve the problem.

But what you need to know, is that what I do every day on dozens of Julies, you yourself are capable of doing, or rather you will be capable once you have finished this book!”

A brief translation by Desbina, I apologise in advance for any mistakes. 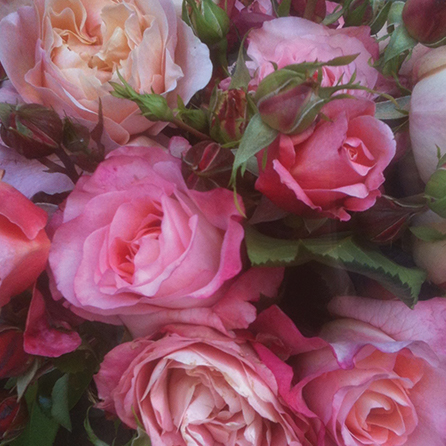 “….the story of PBA doesn’t stop here…it leads onto yet another adventure even more exultant…peoples lives changed in a radical way; when they were depolluted from their inner saboteurs; their present detoxified of all the noxious air left by the unhappy experiences lived in the past that cause a great psychological suffering;…the negative aspects that have been patched onto his true identity that prevent him from blossoming.” Dr. Pierre-Noël Delatte – LIBERATE YOURSELF FROM YOUR BLOCKS!